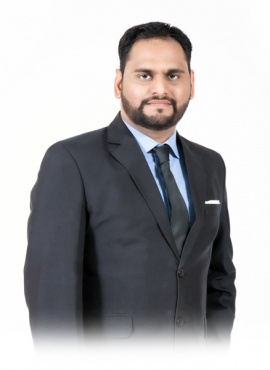 Mr. Zuhaib Ramzan Bhatti, CEO of TransCast Media. He is Producer and TV Director in Pakistan.
Before the revelation of TransCast Media, a man named Zuhaib Ramzan Bhatti with an aptitude of Business care development started its creative carrier as a child story teller and his first story got published in PHOOL KALYAN a weekly edition of a leading National Daily Nawai waqt.

The esthetics’ of Urdu journalism provide him an extra vegans opportunity to be a well-crafted narrator and seasoned story writer for children at large. Many magazines gave him space for his expressive modes as keen observer and reflector of social realities. He became poet and his poetic stance got reception worldwide and selected as semifinalist in an International poetry contest held in France (1997-98)

It was June 2004; he made his debut as Documentary Director on Children Literature while he was in Islamabad for a certification in Electronic Media, Next Year under the supervision of his production teacher he produced a Drama “ Talash” based on a child who was missing.

He started TV Productions privately after returning back from Islamabad and got admission in Quaid-e-Awam University of Engineering science and Technology at Nawabshah.

During his studies he successfully completed his short projects and by will he stared teaching camera techniques to local Reporters and Correspondents of TV Channels.

In 2008 after 4 days when he completed university education, he called up by a National level TV channel as responsible one for on-air test transmission, which was success fully on-aired from Thailand within a month.

Up till 2016, Zuhaib Ramzan Bhatti made his imperative role in media houses and become a very energetic and responsive team leader of all spheres in Direction and Production.